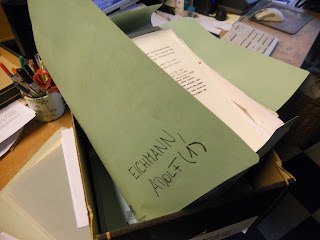 To those who have frequented the depths of discussion on the Holocaust, the name, Simon Wiesenthal tends to come up.  Prior to meeting with a group upholding and continuing his accomplishments in Vienna, I was among these people. I knew his name, I had read his book “ The Sunflower”, but other than that, I had little knowledge he was so significant.

He was a Jewish Holocaust survivor.  In Simon’s case, he was met with the question of forgiveness, upon a chance meeting with a dying Nazi soldier.  He contemplated the question of whether he should have forgiven the Nazi of his deeds. This encounter formed the basis of his book “the Sunflower”  and I would contend to say that it gave him inspiration for his future life’s work.

He was called the Nazi Hunter; It was not a term he coined himself.  In practicality, Simon Wiesenthal chased those who had committed heinous crimes against humanity by following paper trails and records.  He sought to bring those who had promoted the Holocaust to court.  His efforts have brought many Nazis to light.  As I stood in  his cramped office in Vienna listening to the workers who continued his work, I was astonished how much this one man had done.  Lining the wall were row on top of row of boxes covered in untouched dust, each filled to the top with details on criminal’s lives.  The entire history of a select few perpetrators were before me.  It was eerie to say the least, but awe inspiring as well.  Wiesenthal had managed to gather enough evidence to incriminate the horror makers of the Holocaust. 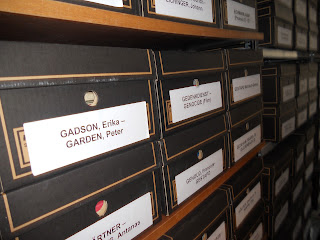 I am inspired by Wiesenthal.  Others may be grateful, some indifferent, but I felt his work will have lasting impact.  By bringing perpetrators to light, he has struck a cord of awareness.  The more people realize, accept, and understand the realities of the Holocaust and the capabilities of driven human beings, the closer we come to not repeating history.  Wiesenthal’s work was in simple terms, done to open eyes.